In a decision on unfair dismissal, the Employment Tribunal (ET) had to consider the following:

Was an academic, who claimed her race and sex lead to inherent characteristics of being naturally loud and argumentative, and her body language demonstrative, unfairly dismissed for the way she dealt with PHD students?

If you want a quick summary of the case and the main takeaway points, you can skip ahead to our Too Long; Didn't Read section here.

Employment law relevant to the case

(1) In determining for the purposes of this Part whether the dismissal of an employee is fair or unfair, it is for the employer to show –

(a) the reason…for the dismissal, and

(b) that it is either a reason falling within subsection (2) or some other substantial reason of a kind such as to justify the dismissal of an employee holding the position which the employee held.

(2) A reason falls within this subsection if it –

(b) relates to the conduct of the employee.

(4) Where the employer has fulfilled the requirements of subsection (1), the determination of the question whether the dismissal is fair or unfair (having regard to the reason shown by the employer)-

(a) depends on whether in the circumstances (including the size and administrative resources of the employer's undertaking) the employer acted reasonably or unreasonably in treating it as a sufficient reason for dismissing the employee, and

(b) shall be determined in accordance with equity and the substantial merits of the case.

(1) A person (A) discriminates against another (B) if, because of a protected characteristic, A treats B less favourably than A treats or would treat others. 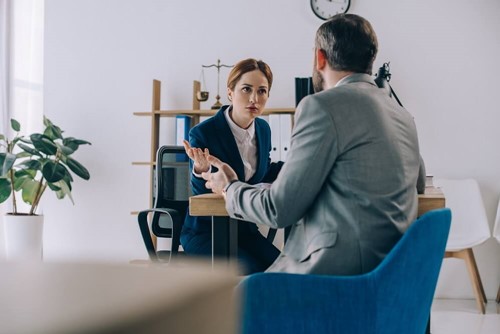 The claimant was a Doctor of Physics. She was dismissed from her employment of 30 years. This was due to the way that she had dealt with two PHD students.

It was alleged by one that a light was shone in the students’ eyes. However, this allegation came out some time after the incident. The account that led to the disciplinary hearing also appears to be exaggerated. Despite this, the claimant was issued a final written warning and left on suspension for some time.

Eventually, the claimant was dismissed. This was as a result of further allegations that she shouted at another student. Plus, there was an irretrievable breakdown in the relationship between her and her colleagues.

She claimed that the dismissal was unfair. She felt it was discriminatory both on grounds of sex and race.  The claimant was of eastern European Jewish heritage. In her argument, she said this gave her inherent characteristics which lead to the way she dealt with her students. She was naturally argumentative, inherently loud and used demonstrative body language. She was described as a ‘marmite’ character, which she also attributed to her passion for her subject.

She claimed that as a woman working in a male dominated field, she was the subject of unconscious bias. This prevented her from being treated fairly, and lead to the decision to dismiss her for her behaviour.

The respondent argued that this had nothing to do with the decision to terminate. They stated that shouting at students was enough to make her continued employment no longer tolerable.

Whilst rejecting her claims of discrimination, her claim for unfair dismissal did succeed.

The claimant’s argument that her behaviour was directly linked to her racial heritage, was rejected.

The perception of others was that she was shouting at them. She blamed this on her racial heritage, but it didn’t make it any less disturbing for those being shouted at. This was the view of the tribunal.

What was in question was the human reaction of those being shouted at. It was not a matter of racism. The claimant also argued that her behaviour was the same for those of Middle eastern or Mediterranean origin. However, the department in which she worked did have many people sharing this origin. Some of these colleagues were women, but they didn’t have the same issues as her.

With regard to the unfair dismissal claim, however, this did succeed. The tribunal found that the dismissal was substantively unfair. This was due to the fact it was apparent the respondent did not want her back to work. Requests for mediation during the initial disciplinary process were rejected. During a period of suspension no action was taken to assist the claimant. Equality training or voice coaching could’ve been provided to support her in how she came across. A further period of suspension was seen as a pretext by the respondent to move the process towards dismissal. The investigation into these secondary matters was found to be poor. There was no direct investigation with the student involved and unsatisfactory support from the HR department.

The issues with the proceedings leading to dismissal were found to be fundamental. Had a fair process been followed, the tribunal could not see that a dismissal would have been the outcome. In this matter, the tribunal put forward the way to achieve a fair dismissal. It would’ve meant following a performance improvement plan with the claimant. The event that led to dismissal was not a ‘sackable offence’ according to the tribunal. The fact that the respondent was a large, well-funded organisation with many resources available, and that the claimant had long and unblemished service with them, were all taken into account in reaching this decision.

The tribunal also held that an appeal can cure previous defects in a process. However, in this case it was so long delayed that the outcome was unavoidable. Therefore, the dismissal was simply not fair.

The award for unfair dismissal was also uplifted by the maximum of 25% for failing to follow the Acas code of practice.

This case is an important reminder for employers of the need to follow a fair, through and unbiased process.

The tribunal found evidence of certain decisions being made because the respondent wanted the claimant out. It was widely acknowledged that she was a difficult character. However, that is not ground for dismissal. The respondent should have thought more carefully about the situation before moving to dismissal.

The fact that this discrimination claim was rejected is important. It shows that pinning undesirable character traits on racial heritage is unlikely to succeed as an argument. Some traits are unique to particular protected characteristics and there are times allowance should be made. A good example is reasonably adjusting for a disability. However, shouting, being rude, or acting aggressively are no traits that would, in most scenarios, be protected.

A doctor of physics working at a university displayed rude and aggressive behaviour towards students. She claimed this behaviour was due to her racial heritage. She was dismissed as a result of several accusations against her.

The doctor took the case to tribunal, claiming she was unfairly dismissed and discriminated against.

Worried how this latest ruling might impact your business? Dealing with a difficult HR situation and not sure where to turn? Speak to a Croner expert today for support and guidance on 01455 858 132.