Between 2000 and 2014, more than 700 Post Office operators faced wrongful prosecution for theft, fraud and false accounting. It took seven years to trigger a public inquiry over the wrongful convictions.  Only 72 of these people have seen their names cleared.

Many questions arise from the decade-and-a-half long streak of convictions that plagued the national company. Stories of lives destroyed and up to £1bn compensation to possibly come out of taxpayers’ pockets are abound on news websites.  The media has named the Post Office scandal “one of the biggest miscarriages of justice in British legal history”.

The main question that we would ask here, at Croner, remains:

How did this situation continue for so long without anybody investigating the defective system?

No employer wants to end up in the same situation. Using data to identify patterns could have been the first step towards realising what went wrong. If you have concerns about your systems and patterns that don’t seem right, talk to us today.

Call our experienced advisors to discuss how you can prevent such employment law disasters, on 01455 858 132.

The Horizon software, developed by the Japanese company Fujitsu, stood at the core of the scandal that caused hundreds of life-shattering convictions. The company had been using it since 1999, for various accounting and stocktaking tasks.

What happened in the Post Office Horizon scandal seems mindboggling now, when looking back.

No system is completely fault proof, just as no human can entirely avoid making mistakes. Systems generate errors and stumble on development bugs, and when left unchecked they can do more harm than good. People too risk inflating issues by either ignoring them, by misunderstanding the cause or by falling into complacency. 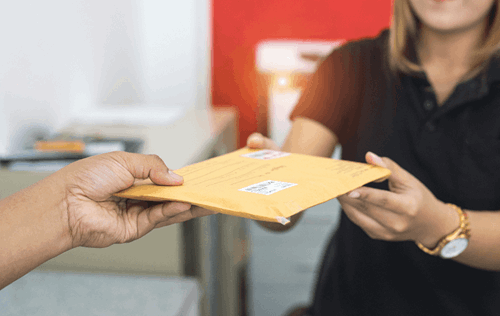 In this case, some sub-postmasters reported the bugs and the subsequent losses of up to thousands of pounds. Others tried to cover the gaps with their own money, even to the point of re-mortgaging their homes. This highlights a number of issues, ranging from lack of self-confidence on the job to fear of losing their position within the company. Employees should never feel like they need to cover up mistakes rather than discuss with their managers and find solutions.

Both system and human error cropped up to escalate the Post Office scandal beyond repair. When people end up in jail for something they did not do in the workplace, things have certainly gone too far.

Putting our HR and employment law experience of decades together with the facts, we see a major aspect of concern – company culture.

Any employer who sees their employees failing one after another needs to stop and evaluate. They should ask themselves what is missing within the workplace to cause or allow so many people to falter.

When conducting an investigation, managers should avoid making assumptions and maintain an impartial, objective approach. However, this is easier said than done. That’s where one of our experienced workplace mediators will bring a fresh pair of eyes to balance things for you.

Our advisors have seen situations where low staff performance and high turnover risk becoming endemic. It is never too late to stop and reassess – don’t wait until employees wrongfully go to prison to take action.

Get free advice from Croner

Workplace situations like the Post Office scandal don’t happen out of the blue. As seen in the simple facts linked to the bugged software, errors have cropped up over years. Unfortunately, faulty systems mixed with human error and fear of retribution allowed for the situation to escalate beyond repair.

Identifying issues, safeguarding systems and creating a pro-active, empowering workplace culture prevents errors from going to such a widespread scale. We can help, call us today to see how you can improve your systems and staff management, on 01455 858 132.

Nicola Mullineux, as Group Content Manager, leads a team of employment law content writers who produce guidance and commentary on employment law, case law and key HR developments. She has written articles for national publications for over 10 years and regularly helps to shape employment of the future by taking part in Government consultations on employment law change.