The case of Forstater v CGD Europe is a long and complex one. It has gone from employment tribunal (ET) to Employment Appeal Tribunal, and back again.

The most recent ruling on the case holds that the claimant, Maya Forstater, was discriminated against. According to the ET, she was victimised following tweets they made expressing gender critical views.

As this case is both high profile and complicated, we’ve outlined the different sections so you can skip to exactly where you want to go in the article:

And of course, if you don’t have time to go through the entire blog, you can always see our too long; didn’t read section here.

Employment law relevant to the case

Section 4 Equality Act 2010 (EqA) provides that religion or belief are protected characteristics; for these purposes, religion and belief are defined at section 10 EqA, as follows:

There is an obligation pursuant to section 3 of the Human Rights Act 1998 to read and give effect to statutory provisions in a way which is compatible with the rights conferred by the European Convention on Human Rights (“the ECHR”). Relevantly, by article 9 ECHR, it is provided:

(i) The belief must be genuinely held.

(ii) It must be a belief and not … an opinion or viewpoint based on the present state of information available.

(iii) It must be a belief as to a weighty and substantial aspect of human life and behaviour.

(iv) It must attain a certain level of cogency, seriousness, cohesion and importance.

(v) It must be worthy of respect in a democratic society, be not incompatible with human dignity and not conflict with the fundamental rights of others ….

(1)   A person (A) discriminates against another (B) if, because of a protected characteristic, A treats B less favourably than A treats or would treat others.

(2) Each of the following is a protected act –

(a) Bringing proceedings under this act;

(c) Doing any other thing for the purposes of or in connection with this act;

(d) Making an allegation (whether or not express) that (A) or another person has contravened this act.

Facts of the case

The claimant was a researcher for a think-tank. They wrote a number of tweets published on their personal twitter account. The tweets expressed their “gender critical” views on trans people. In those tweets, they shared their opinion that biological sex cannot be changed. 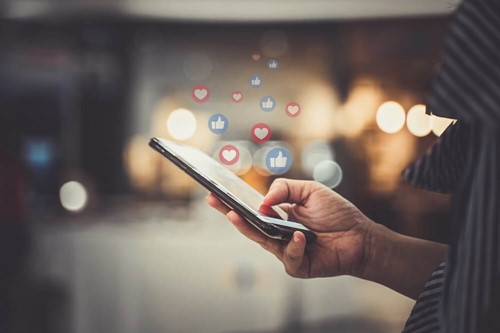 As a result, she brought a claim for direct discrimination, harassment and victimisation. She did this on the basis that she’d been discriminated against because of a protected characteristic. The characteristic in question was a philosophical belief, which is protected under the Equality Act 2010.

What the first Employment Tribunal found in 2019

In the initial hearing on this matter, the claimant said the following about her beliefs:

“I have made clear that I have used the word “woman” to mean adult female. It is impossible for a male to become female. It is possible to undergo a social transition. Anyone who believes a male can become female and give birth, that is a delusion. My belief is that sex is real and immutable.”

The ET however found that these views were “not worthy of respect in a democratic society”. This is the 5th test under Grainger, which is an important authority on philosophical belief.

They also held that the claimant’s view was of an “absolutist” nature. The ET found her beliefs were incompatible with human dignity and the fundamental rights of others. This was described as a lack of belief in gender identity.

Gender identity is a belief that everyone has a gender which may be different from their sex at birth and which effectively trumps sex. As such, a trans individual cannot become the opposite sex.

You can find more in-depth insight into this first ruling by reading our article here.

What the Employment Appeal Tribunal found in 2021

This matter was subsequently appealed to the EAT, who overruled the ET’s findings. They found that the claimant’s gender critical beliefs were protected beliefs, and that gender identity was too.

The criteria in Grainger were derived from decisions on the European Convention on Human Rights (ECHR). In particular, the criteria relating to rights to freedom of thought, conscience and religion (article 9) and freedom of expression (article 10). Upon review of the relevant case law, it was decided that the fifth test in Grainger actually set quite a low bar. As a result, a philosophical belief would only be excluded from it where the belief threatened to destroy the rights set out under the ECHR. Examples of beliefs that would be excluded, include:

As, according to the EAT, the claimant’s views did not come close to that level of belief, they were to be protected. The EAT acknowledged that these beliefs could be offensive, shocking or disturbing to others. However, that fact alone would not leave them beyond the protection of the EqA.

It was made clear that referring to a person by their previous gender could be harassment under the EqA. The EAT stated that this would need to be established on a case-by-case basis.

As a result of these findings, the case was remitted to the ET for further consideration.

What the second employment tribunal found in 2022

At first glance, this may seem like an unnecessary point. However, it’s significant because everyone has the right to decide their own beliefs. An individual cannot be directly discriminated against because of them. However, if the less favourable treatment is due to the way the beliefs are manifested, this falls under indirect discrimination. This can be justified as a proportionate means of achieving a legitimate aim. This can be done if the manifestation is restricted to prevent inappropriate comments and behaviour. In simple terms, you may be able to indirectly discriminate if it prevents harassment of others. 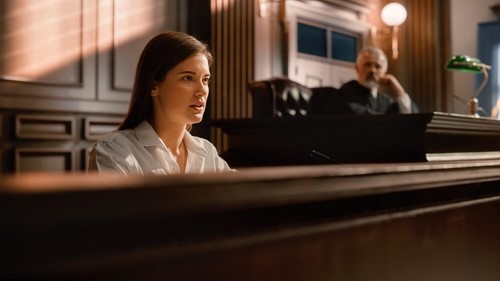 On this point, the ET held that the claimant’s tweets were statements that legitimately outlined her (protected) belief.

If the ET made out that the tweets were a manifestation of the belief, it would go against the findings of the EAT. It would mean that the belief was not worthy of protection.

And so, the ET held that the claimant had been victim of direct discrimination and victimisation. Her beliefs were protected and had not been expressed in an offensive or inappropriate way. The respondent couldn’t reasonably restrict them as a proportionate means of achieving a legitimate aim.

The decision that the behaviour was discriminatory is only at ET level. That means it’s not binding on other courts. A similar scenario that is taken to tribunal may come to a different conclusion. However, the analysis offered of the law and how to view in this case raises some interesting points.

Perhaps the most important takeaway is what will cause a philosophical belief to fall outside the protection of the Equality Act 2010. This case demonstrates the belief must be extreme, akin

to Nazism or totalitarianism. As such, even if beliefs are held that others do not like, they are protected. Therefore, the individual holding those beliefs cannot be subjected to a detriment for holding them.

Back in 2019 the ET ruled on a case where an employee’s contract wasn’t renewed as a result of her gender-critical tweets. The ET ruled that her beliefs were “not worthy of respect in a democratic society” and therefore not protected by law.

The case was taken to the EAT. Here, it was found that her beliefs were judged too harshly by the ET. They found that for a belief to not be protected it should be extreme, akin to Nazism or inhuman punishment. As a result, the case was referred back to the ET.

While this case doesn’t legally bind other courts to rule in the same way, it will likely be used as a reference in similar cases. Make sure you seek a second opinion whenever dealing with a case of discrimination.

The Maya Forstater case demonstrates that discrimination isn't always as simple as it may first seem. To ensure you manage claims of discrimination correctly, and avoid costly tribunal claims, you should seek independent advice.

Croner's advisors can prevent minor issues escalating into discrimination and tribunal claims. For those that do escalate, Croner's legal team advise on hundreds of tribunal cases a year and represent employers in court. We know what to expect and how to handle a claim.