In a decision on time limits for tribunal claims, the Employment Appeals Tribunal (EAT) was tasked to consider the following:

They found the former to be the case.

(a)acceptance of the offer, together with other workers' acceptance of offers which the employer also makes to them, would have the prohibited result, and

(b)the employer’s sole or main purpose in making the offers is to achieve that result.

(2)The prohibited result is that the workers' terms of employment, or any of those terms, will not (or will no longer) be determined by collective agreement negotiated by or on behalf of the union.

(3)It is immaterial for the purposes of subsection (1) whether the offers are made to the workers simultaneously.

(b)where the tribunal is satisfied that it was not reasonably practicable for the complaint to be presented before the end of that period, within such further period as it considers reasonable.

(2) Section 292A (extension of time limits to facilitate conciliation before institution of proceedings) applies for the purposes of subsection (1)(a).”

Negotiations on a new pay scheme collapsed with the company’s recognised union in 2019. Following this, the employer wrote directly to 104 staff members to offer the new structure (September 2019).

In doing this, they effectively bypassed the union and the collective bargaining agreement. It resulted in 8 employees rejecting this offer. They were then contacted in December 2019 by letter and told the new terms would come into effect anyway in January 2020.

A claim was subsequently brought in February 2020 under s145B of Trade Union and Labour Relations (Consolidation) Act 1992. This act provides trade union members with the right not to be made an offer outside of any established collective bargaining process.

The question for the tribunal was if the matter was still in time in February, when the case was raised. Or, had the 3-month time limit expired by that point? 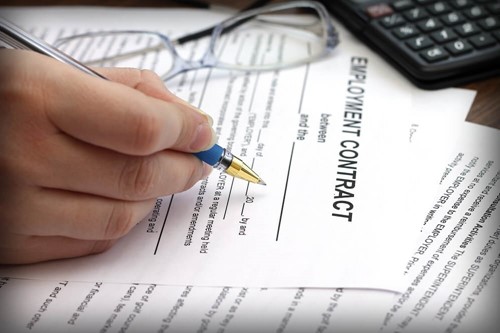 The ET found the following:

This matter was appealed.

The EAT found instead that the December letter set out the intention to unilaterally impose the new terms. Which means it wasn’t a contractual offer to do so. In fact, the letter did not offer a change to contractual change, but it consisted of a notification of anticipatory breach of contract. Employees who then accepted this would be accepting a breach of contract, not an offer to change it.

When the tribunal reviewed the letter objectively on its terms, it did not represent a new offer of inducement to bypass collective bargaining. Therefore, it did not bring forward an offer prohibited under s145B.

In the judgement, it was identified that instead this represented a matter of accepting or rejecting a breach of contract by working under protest. However, this was not what was brought before the court. As a result, the matter couldn’t be found on that point.

This case shows the importance of correctly identifying the act that has breached the law. If facing a claim, it’s important to make sure the claim is brought under the time limits imposed by statute.

From a procedural viewpoint, it also shows the limitations in taking a narrow view when deciding on the grounds for a claim. As pointed out by Lord Summers in this case, this was a question of a breach of contract. It also involved a prohibited result—the matter may have had a different outcome had this been the basis of the claim.