On the 20th March, the government announced the Job Retention Scheme to help support employers through the pandemic. Now, a year and a half later, the scheme has ended with almost 1 million reportedly left in limbo.

With furlough at an end, many businesses risk facing fraud probes and fines as a result of miscalculations. With this in mind, can you be sure you’ve used the scheme correctly?

Recently, UK employers returned a total of £1.3 billion in furlough money. Unfortunately, this makes up less than a third of the total amount the government needed to recoup. As a result, businesses owners could soon face a barrage of letters from HMRC.

A survey carried out by the Business and Financial advisor Grant Thornton found that 16% of businesses hadn’t reviewed their initial furlough claims. This means they never checked if they were correct.

Now, the government estimates that up to 10% of grants may have been claimed incorrectly. Some of these may be due to miscalculations, but others will be deliberate fraud. Use the end of furlough as an opportunity to revise and ensure you don’t risk an investigation and subsequent penalties. 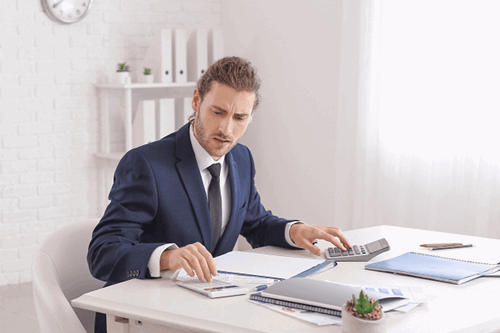 You may have miscalculated furlough claim due to a number of factors, such as:

Another important change to note is that the furlough scheme became flexible on the 1st July 2020, with further changes implemented in November 2020. Over the past few months, Government contributions have decreased too, which you must factor in.

During the initial period of furlough (March-June 2020), businesses benefited from a maximum grant reclaim value of 80% of a furloughed employee’s wages. This was up to a cap of £2,500 per person per month, plus NI and minimum pension contributions.

Go back to the very beginning of the furlough scheme and check you applied the above. If you notice any discrepancies, investigate further and take the next appropriate steps…

What to do if you have miscalculated

Consider the possibility that the Government may “name and shame” those who have overclaimed. Don’t wait for this to happen. Even if your business is now insolvent, you may still be liable for the amount overclaimed.

If you receive a letter from HMRC, you should correspond with them directly via the contact given in the letter. If you notice a discrepancy, you should make the effort to contract them directly. Do this even if HMRC haven’t contacted you, to avoid falling under deliberate fraud suspicions.

Get an unbiased audit from Croner for end of furlough

Need a fresh pair of eyes on your furlough claims? Croner’s employment law and pay experts will conduct a full audit for you and provide guidance on how to correct errors.