A food that is safe for most people to eat may be hazardous to others because of a food allergy.

A food allergy is a response by the immune system to a food that is considered a threat. Reactions vary from a rash or hives to diarrhoea and vomiting or anaphylaxis. Anaphylaxis is serious because it can lead to anaphylactic shock (often fatal). In the UK, at least 10 people die from an allergic reaction to food each year.

There are 14 foods that have been identified as the most common allergens being responsible for 90% of allergies in the EU.

Businesses need to tell customers if any food products they sell or provide contain any of the main 14 allergens as an ingredient.

Peanuts, also called groundnuts and monkey nuts, are found in many foods, including sauces (e.g. satay sauce), curries, cakes, biscuits and desserts. They are common in Thai and Indonesian dishes. Watch out for peanut flour and groundnut oil too.

People with nut allergy can react to many types of nut, including walnuts, almonds, hazelnuts, Brazil nuts, pistachios, cashews, pecans, macadamia nut and Queensland nut. Nuts are found in many foods, including sauces, desserts, crackers, bread, and ice cream. Watch out for nut oils, praline (which includes hazelnut), marzipan (which includes almond) and ground almonds too.

Eggs are used in many foods including cakes, mousses, sauces, pasta and quiche. Sometimes egg is used to bind meat products, such as burgers. Watch out for dressings containing mayonnaise (which may contain raw egg) and dishes brushed with egg as well as lecithin E322 (if made from egg).

People who are allergic to fish need to avoid all species of fish. Some types of fish, especially anchovies, are used in salad dressings, sauces, relishes, Worcester sauce and on pizzas. Fish sauce is commonly used in Thai dishes.

People who are allergic to crustaceans need to avoid all types, including crabs, lobster, prawns and scampi. Watch out for shrimp paste used in Thai curries or salads.

This includes mussels, oysters, land snails, squid and whelks. It is often found in oyster sauce in Chinese and Thai dishes or as an ingredient in fish stews.

Soya comes in different forms, for example, tofu (or bean curd), soya flour, lecithin E322 (if made from soya) and textured soya protein. It is found in many foods, including ice cream, sauces, desserts, meat products, miso paste, (a traditional Japanese Seasoning), and vegetarian products such as ‘veggie burgers’.

This includes wheat, (such as spelt and Khorasan wheat/Kamut), rye, barley and oats. These are found in many foods containing flour, such as bread, pasta, cakes, pastries, meat products, batter, breadcrumbs and in some foods that you might not expect, such as stock cubes, gravy granules and spice mixes. Also watch out for soups and sauces thickened with flour and foods that are dusted with flour before cooking. Flours made from other foods such as maize, rice millet, chickpea or buckwheat naturally do not contain gluten. However, due to the milling process they may be contaminated with cereals containing gluten.

There are a number of different reactions to wheat/gluten, which people may suffer. Coeliac disease is a lifelong intolerance to gliaden, part of the gluten proteins that are found in the grain of wheat, rye and barley. People may also suffer from an immediate type allergy to wheat, (a reaction to one or more of the proteins found in the wheat grain); delayed allergy reactions to wheat or a wheat (gluten) intolerance.

Sesame seeds are often used on bread and breadsticks. Sesame paste (tahini) is used in some Greek and Turkish dishes, including hummus. Watch out for sesame oil used for cooking or in dressings.

This includes celery stalks, leaves and seeds and celeriac. As well as being served as a vegetable, celery and celeriac are sometimes used as an ingredient in stock cubes, salads and soups or in some meat products. Also watch out for celery salt, which is used as a seasoning in lots of foods, such as soups and meat products, and celery seeds, which are used as a spice.

People who are allergic to mustard will react to any food that comes from the mustard plant, including liquid mustard, mustard powder, the leaves, seeds and flowers, and sprouted mustard seeds. Mustard is often used in salad dressings, marinades, soups, sauces, spice mixes, curries, seeded breads and meat products.

This includes lupin seeds and lupin which may be used to make flour, which may be used in baked products such as bread, pastry and pasta. The major allergens in Lupin are also found in peanuts, so people who are allergic to peanuts could react to Lupin. People with peanut allergy should avoid foods containing Lupin.

Sulphur dioxide and sulphites (E220-E228) are used as preservatives in a wide range of foods, particularly meat products such as sausages, soft drinks, dried fruit and vegetables. Sulphur dioxide is also found in wine and beer. For some people with asthma, sulphur dioxide can trigger an asthmatic response.

This applies also to the additives, processing aids and any other substances which are present in the final product. For example, sulphites, which are often used to preserve dried fruit, might still be present after the fruit is used to make chutney. If this is the case, you need to declare them.

Attention must be paid to hidden ingredients and labels must present the allergens in bold.

Food handlers must also be trained in allergen hazards and controls which include:

Food handlers should also know the signs of anaphylaxis and the action to take if someone suffers a severe allergic reaction.

Pre-packed refers to any food put into packaging before being placed on sale. Food is pre-packed when it:

Foods pre-packed for direct sale are foods prepared on the premises where they are sold. For these products, allergen information can be provided in the same way as for non-prepacked (loose) foods.

This does not apply to food products made for sale at retail outlets in other locations.

If you provide non-prepacked foods, you will have to supply allergen information for every item that contains any of the 14 allergens.

If you are concerned about allergies in your workplace, or have a health & safety issue you'd like further support on, speak to a Croner expert on 01455 858 132. 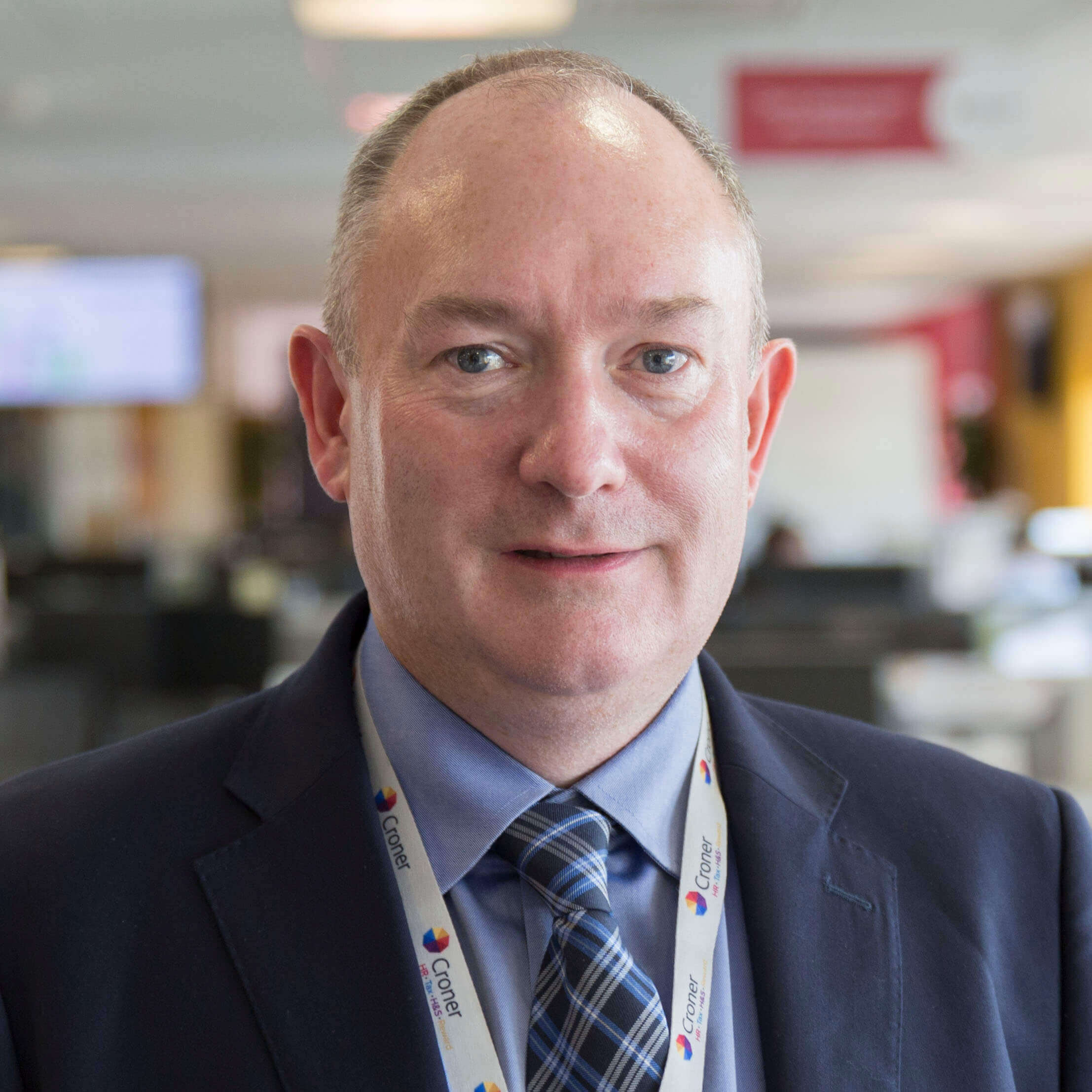 Paul Logan is an experienced Health and Safety Consultant, having been with Croner for 17 years. He started his career in enforcement with an Environmental Health department before moving to the food Industry as the Group Health & Safety Manager with a large meat processing company.