Business leaders like you might be wondering how to best recognise Black History Month this October. Think about it as a time of celebration, and a time of reflection too. Black history and black people’s achievements still feel under recognised. You can contribute by heightening awareness and reassessing inclusivity in the workplace.

When is Black History Month?

Black History Month is celebrated every October in the UK. The first celebration in the country happened in London in 1987, as part of African Jubilee Year. Ghanaian born activist Akyaaba Addai-Sebo, who initiated it, said in a 2017 interview:

“I conceived an annual celebration of the contributions of Africa, Africans and people of African descent to world civilization from antiquity to the present.”

It has grown since, with dedicated events across the country and a Black History Month UK magazine too. For 2021, the magazine launched their “Proud To Be” campaign, in appreciation of every black person’s contribution across different sectors.

The US and Canada celebrate Black History Month in February.

Why and how to acknowledge Black History Month

Worryingly, a 2018 report highlighted persistent issues caused by racism in the workplace. Of all social environments, racist abuse should simply not happen at work. Not only because it is the law, but because people’s livelihood and wellbeing depend on their employment. Nobody wants to put up with abuse, harassment, or victimisation in the workplace. 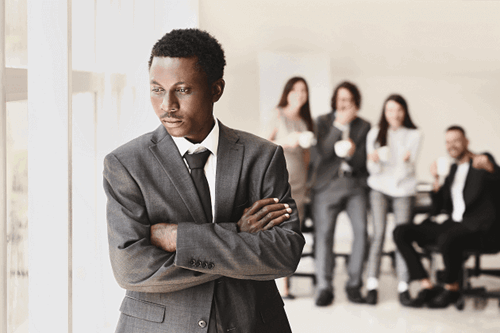 While recognising that black people still face discrimination in the wider society, your business can contribute to increasing inclusivity.

Start by talking to your employees of African descent. Ask them how you can make the work environment more inclusive. Use an anonymous questionnaire which might encourage people who would shy away from talking directly about any difficulties they might face.

Then look at inviting black speakers that can talk about Black History and racism in our society. Encourage your employees to take a step forward and become speakers themselves. Be mindful though not to single anyone out. The last thing you want to do is to make your black employees feel uncomfortably put on the spot.

What about having a monthly book club in the workplace, and starting it with Black History related titles this month?

Now you could ask yourself what you can do if not many black people live in the area where you operate.

You do not need to have hired people of African descent to celebrate their contribution in the world. Support organisations that work with black people confronted with racial based exclusion. Get involved in Black History Month events, offer Black History Month resources to your employees. Build that inclusivity step by step, and it will make a difference.

Did you know that 2021 marks 60 years since Martin Luther King’s first sermon in London? Link your work celebration this month with such Black History facts.

Names such as Barack Obama, Oprah Winfrey and Aretha Franklin speak to most people. But how many black personalities remain unknown to the wider population? 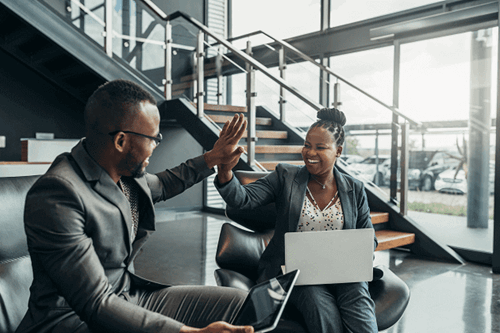 For Black History Month 2021, we chose to focus on these black people and their achievements:

We chose these very inspirational names for our article today in hope to inspire you. Your Black History Month UK celebration at work could include talking about black personalities. You could offer your employees relevant books written by these people. And you could decide to support one of the campaigns tackling racial inequality, and the way we talk about Black History today.

If you want to make sure your Equality and Diversity policies are up to date, we are here to help.

Catalina George has over a decade of experience in journalism. She has obtained a master’s degree in Online Journalism at Birmingham City University in 2018. Since, she focused on digital content creation, from copywriting to multimedia and video production, and is now a Content Manager at Croner.

Having collaborated with local news website in Birmingham since 2016, Catalina gained experience in reporting on society, equality and inclusion related topics. Catalina has also trained as a Mental Health first aider previously.