Despite the fact several industries have closed the gender gap, there are still many sectors that are male dominated. For women working in male dominated industries and for employers looking to create a more inclusive culture, this represents a challenge.

This article explores how to close gender gaps and how to tackle gender diversity in a male dominated field.

What is gender diversity?

For any savvy business owner researching how to take your business forward, improving gender diversity in the workforce represents a fundamental area. Despite a large majority of corporate boardrooms having gender pay gap issues as well as gender imbalance, women make up around 40% of the global workforce.

HR departments in several industries have worked hard to create a more diverse workforce where men and women are equally represented. Those industries include public admin and defence, wholesale, retail and repair and administrative and support services, where the workforce is almost split equally. In those cases, diverse work forces have been proven to outperform ones that aren’t

Gender diversity is simply achieving a representational balance between male colleagues and female colleagues. This applies to recruitment of both genders and gender equality regarding pay.  Given that companies in the top 25% for gender diversity on their executive team were 21% more likely to experience above-average profitability than companies in the bottom 25%, how can your business adapt? 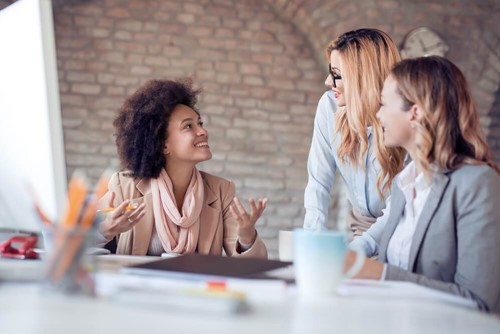 What are the typical male dominated industries?

Looking broadly at the gender split in the UK, there remains a number of areas of British industry that have a significant imbalance between female employees and male counterparts.

The most male dominated industries in the UK include agriculture, forestry and fishing, construction, financial & insurance activities, information and communication, manufacturing, mining, energy and water supply and transport and storage.

It is worth noting that there are sectors which are substantially dominated by women too. These include human health & social work activities and education.

Industries which have more than 55% domination by a single gender can be considered to lack gender diversity. This may be due to a number of reasons, including human resource management, but the value of diversification remains. As an employer, it is important that you look to widen your talent pool and avoid unconscious bias to create equal opportunities. This will help you avoid legal action on the grounds of gender discrimination.

What is gender discrimination?

As an employer, it is imperative that you understand the importance of gender inclusivity. Preventing gender discrimination is a key responsibility for employers, and men and women have the right not to be discriminated against at work because of their gender.

The Equality Act 2010 protects all employees from discrimination on the grounds of a number of protected characteristics, with gender being one of those. It is worth noting that in order to eradicate gender discrimination, employers need to understand that favouring a particular gender for a role, irrespective of their perception, can be prosecuted under either direct or indirect discrimination.

There are outdated ideas about what work is appropriate for female employees and how that work should be recompensed. Avoid putting women at an unfair disadvantage to ensure gender discrimination doesn’t become an issue.

What can employers do to improve gender diversity?

There are a number of things employers can do to improve gender diversity. These vary from improving certain employee benefits, better handling of job applications and better management of employees.

Here are some tips for employers to improve gender diversity in male dominated industries:

First and foremost, this starts with your HR department. The key to success in any business is getting the right people in the right role, so your recruitment process must be spot on.

Improve the imagery you use on your marketing

Image is a vital component in positioning your job advertisement. Make sure that you regularly audit both your digital and print marketing collateral to ensure that the visual representation of your brand is as diverse as you’d like your workforce to be.

Language is important in any job listing. As an employer, if you are looking to improve talent acquisition and be more gender inclusive, despite operating in a traditionally male dominated industry, you must word things correctly. Even though you might be trying to showcase a less corporate work environment, describing an atmosphere with “great banter” or advertising for the next “rock star” has connotations with one gender over the other.

Advertise in the right places.

LinkedIn and Indeed are universal platforms, but if you’re really looking to reach more women then consider the possibility of more diversity-focused platforms to push out your job adverts. Facebook groups and newsletters designed for women in various career fields are a great way to get the word out. You can also encourage current, retained female employees to post reviews on sites like Glassdoor. 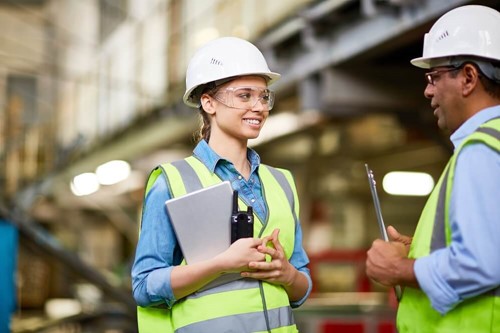 How can Croner help your organisation become more gender diverse?

First and foremost, Croner can help with our free Equality and Diversity policy download. This is something you can put in place to instantly open your business up to a wider range of talent that would previously have been overlooked.