The Employment Tribunal (ET) recently came to a decision on protected beliefs under the Equality Act 2010. The ET was asked to decide if a fear of catching Covid was sufficiently held to be protected under the legislation.

It also ruled on whether a decision to withhold pay for refusal to return to the office due to this belief was an act of unlawful discrimination.

The main piece of legislation you need to be aware of in this case is Section 10(2) Equality Act 2010. This states that:

The case considered if a belief in the cutting of carbon emissions to prevent catastrophic climate change amounted to a philosophical belief. It held that the following test should be applied:

The unnamed employee in this case refused to come back to the workplace once government restrictions had been lifted. She argued that she had ‘reasonable and justifiable health & safety concerns about the workplace surrounding Covid-19’.  This was largely because her partner was ‘at high risk of getting seriously unwell from Covid-19’.

The belief she put forward as worthy of protection was that in regard to Covid and the threat it posed to public health.

The ET rejected the claim that the fear of contracting Covid was sufficient to amount to a ‘belief’ for the purposes of the Equality Act. Rather than it being a ‘belief’, this was a reaction the threat of physical harm. Commenting in the case, Judge Mark Leach held that this is undoubtedly a ‘…widely held opinion based on…information available...’. Certain steps were recommended as ways to reduce the risk of this harm. However, this wasn’t enough to make this a belief worth of legal protection.

There was no question that the belief was cogent. There was also no question that it was worthy of respect in a democratic society. Ultimately however, it failed to meet all five criteria set down as necessary for a ‘philosophical belief’ in Grainger. 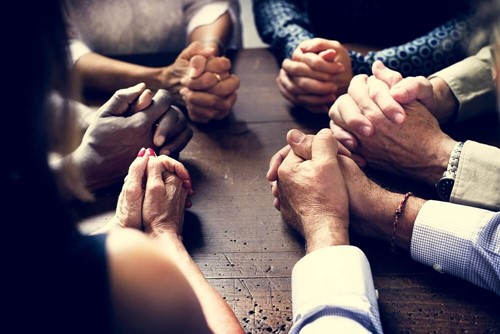 This case was ET only, and therefore should not be seen as binding authority on other courts. It could be held differently by another court on a different day. Nevertheless, it is indicative of the way that this matter is likely to be treated by the courts. It will give some comfort to employers faced with similar accusations by their employees.

Discrimination and Covid are both serious matters, however this case suggests that fear of one does not lead to the other. This may go some way to relieve some of the stress faced by already overwhelmed employers.